The Bones of Things 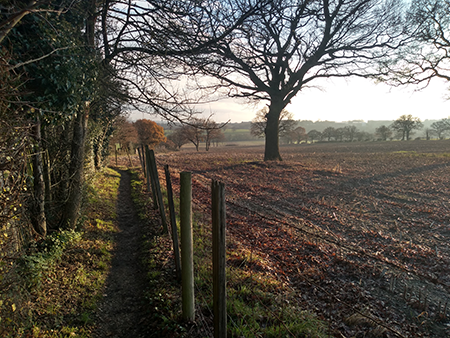 I decided to take the weblog offline for a time. That was nearly six years ago. Work had become very busy, and I had next to no time for writing. I didn’t blog, and I’d grown tired of the design and other aspects of the previous incarnation of this website, so I took it all down.

Since then, I’ve made several attempts to restart the weblog, but with each attempt circumstances got in the way. By day, I’m a web developer. In a way it’s a lot like writing, but instead of writing in English and building worlds and characters, I write in code and build websites and APIs. Both are rewarding in their own right. I like to build things, but I do find both efforts consume the same creative fuel, particularly when the web development side of things is challenging, and there’s been no shortage of that in the last few years. I won’t be going into technical details here, I plan on launching a dev blog sometime in the not too distant future (keep an eye on the .dev link in the menu), but suffice it to say I’ve not had as much time for creative writing as I would like. The need to change that has become undeniable.

Having said that, while the process and progress has been slow, it never stopped. You’ll find a short story called Eillie’s Part I wrote a few years ago linked here. I’m currently in the process of writing another short story which is nearly ready. The Lure, once The Greed of Swords, once Untitled Novel, of which I’ve been sharing chapters here, is also progressing, but it’s a beast. It’s not one novel, and the foundations require a lot of heavy lifting, and I don’t really know what I’m doing. I’ve never written a novel before, so this is all a learning process. The title has also changed again, but it is now final (caveat: as far as I know). The chapters for that are no longer available to read here, but I do plan on sharing updates about the novel again eventually, I’m just unsure of the structure of those updates yet.

The weblog also has a new name, and a new design. Welcome to The Old Saw. I find names to be important. I’ve written about that before. Without a name, you only have words, a certain essence is missing. Names, good names, give weight to the intangible. I’m embarrassed to say that in my many attempts to rebuild this website, I’ve gone through lists of names and domains. I even bought some of those domains, only to later discard them, because they weren’t quite right. I’m happy to say the search is over, and the weblog is back online. In itself it acts as a push, a nudge, a spur to write, and as long as it’s been offline it felt like an important aspect of my writing process was missing. No more.

It’s good to be back.